once a strong player in the tea market, now relegated to a product brand name 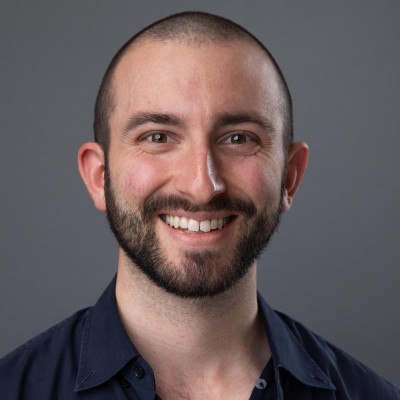 I’m willing to bet that if you lived in the United States during the latter half of the 2000s you are familiar with the name Teavana. My reasoning is that they were quite ubiquitous in the malls that people frequented during that era. Perhaps you remember walking by their storefront on your way to your favorite boutique, or had a friend or family member that actually purchased some tea, or teaware, from them. Less likely, but still probable, maybe you were that friend or family member! Regardless of your familiarity, or lack there of, Teavana was something of a prodigy when it comes to the business of tea.

Let’s first go through a quick history of the company’s rise and fall, divided into three eras I’ll call ‘Unfurling Leaf’, ‘In Full Bloom’ and ‘The Final Pluck’. Afterward, I’ll detail my personal history with the company and some reflections I’ve had over the years when thinking about their mark on tea.

Teavana began as a concept in the minds of an entrepreneurial couple out of Atlanta, Georgia. Supposedly the idea came from recognizing American’s appetite for stores specializing in a particular item such as wine or chocolate. I guess tea came to mind and the couple felt it was a proper candidate for a specialty store to focus on. In any case, they opened their first Teavana shop in 1997 in a local mall in Atlanta. Through perseverance, probably some luck, and definitely a strong business model the couple seemed to have hit upon a lucrative endeavor.

It could be said that the heydays of Teavana were the full decade of the 2000s. (In fact, I just said it so it definitely can be said.) From its humble beginnings in Atlanta the company expanded out across the United States, and later Mexico and Canada. The stores were always placed in malls and certainly became an icon for many people that frequented the shopping centers of America. By the end of the 2000s Teavana had over 300 individual storefronts across the whole of North America. Teavana’s success during this era was largely due to its business acumen and relatively high quality products. They kept their stores stocked with plenty of loose leaf teas/tisanes and a range of teaware from Japanese teapots to travel mugs and many other brewing devices. Things peaked in 2011 when it was announced the company would go public and be traded on the NYSE.

Fate leaves nothing to chance, and so too did it determine that Teavana’s reign would not last for long. After going public in 2011, Starbucks set their eyes on the Teavana brand and bought them in 2012. Now, I’m tempted to blame the entirety of Teavana’s downfall on this one occurrence but history always teaches us that things are not that simple. As far as I can tell Starbucks had full intention of continuing Teavana’s business operations and simply understood it was lucrative to be fully steeped in the tea market. Unfortunately this apparently didn’t come to fruition. Perhaps it was the decline in foot traffic to malls, a decrease in American’s taste for specialty teas, or some internal Starbucks decision but by 2018 all Teavana stores had been closed. Though Teavana no longer exists as a company, Starbucks has kept the name and uses it to market ready-to-drink bottles of iced tea and some prepackaged flavored teas in bags; otherwise known as teabags. I’ve personally seen the bottled teas, but not the teabags on store shelves. Perhaps they’re more popular in certain markets than others.

Admittedly, the above is a quick history 101 of the company and I’m probably leafing out some major events but it at least gives you a rough outline of the life and death of Teavana. How does this all pertain to me however? Well, I actually owe Teavana a debt of gratitude for heavily influencing my interest in good quality loose leaf tea. You see, I was that friend or family member that actually bought tea at the specialty boutique store in the mall. I believe I found the store around the year 2005 in the West County Mall in St. Louis, Missouri. From that point forward I was a pretty regular customer of theirs and got to try a huge number of different tea types that otherwise were hard to find or come by. You could definitely have described me as a fan of the company and in fact in 2010 I applied and became a salesperson at one of their 3 or 4 locations they had in the St. Louis region. It was during my senior year in college and I was looking for a part time job to make some spending money before graduation. I held the position for only about 6 months, but had an awesome experience working there and got to drink as much tea as I wanted while on duty.

Though I mostly look fondly back at the history of Teavana, I do want to make a brief caveat before I go. As I hinted a few times above, the company got to where it was at the end of the 2000s via its business tactics. It would not surprise anyone if you described their selling demeanor as “pushy” and the idea of upselling was core to their principles; as evidenced from the manual given to me during my training as a sales-team member. Now I think their methods and tactics were a far cry from what someone may typically experience at a car dealership, but I still felt somewhat uncomfortable trying to coerce a potential customer into purchasing a few more ounces of a top-tier oolong when it was clear they were just new to tea and didn’t fully understand the things they were buying. On top of this, I resent them for teaching me erroneous ‘facts’ about tea and marketing false information. Information like, “White tea has 0% caffeine and it’s great for your skin.” To be sure, they knew they were skirting around truth in many of the statements they made about their various teas and were careful with their language, but that type of tactic definitely feels ever so slightly slimy. I’m certain there are people that still hold false beliefs Teavana helped promote from that era and unfortunately only time will hopefully correct those mistakes.

This is why Teavana holds a bittersweet place in my personal history; honestly more sweet than bitter, because I’m a very forgiving person. There is no doubt in my mind that there are a huge number of tea heads, at least in the US, due in large part to the fact that they came across a mesmerizing store in their local mall filled with various colored tins full of dead leaf matter. Thanks Teavana.